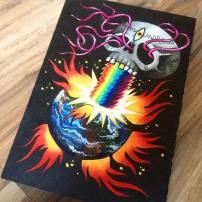 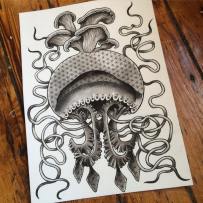 The amount of time I spend on tumblr, caught in a web that takes me deeper and deeper with every click listening to SLEEP, OM, ALL OF THEM WITCHES and THE COSMIC DEAD is probably something I shouldn’t be proud of; Tumblr is the land of the outraged, of the exhibitionistic and of the omnipresent ‘funny ‘cat video. It’s also usually the first spot where I see the latest paintings from my friend Alice, who last appeared on Occult Vibrations in December of 2015: Alice and the Tower.

Her most recent work has been trending to the psychedelic; mashups of mushrooms and Scyphozoa and skulls- Psilocybiology would probably be a good word for it, with each new painting looking like it came out of an 1800s zoology folio curated by Timothy Leary. Truly inspiring vision.

Alice is currently on the road- her adventures (as well as appointment information) can be found on her tumblr page: http://aliceofthedeadtattoo.tumblr.com/ 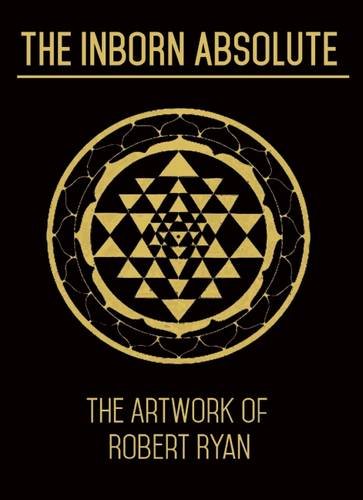 This monograph delves into the career of celebrated artist Robert Ryan. From his early roots as a musician and painter, he discovered tattooing and quickly became one of the preeminent artists in that realm. His work reveals a deep mastery of the American tattooing tradition while creating a mystical and fantastic world full of unique takes on Eastern religious iconography. The book covers two decades of stunning paintings & tattoos, interviews with art and music luminaries about his work and subject matter, detailing Ryan’s personal journey and progression as an artist.

Set for an August 9th release from Featherproof Books, THE INBORN ABSOLUTE is going to be one of 2016’s must-have books. Right now there’s a pre-order via Amazon.com and when alternate ordering becomes available I’ll include it here.

You can see more of Robert’s work on tumblr and instagram. 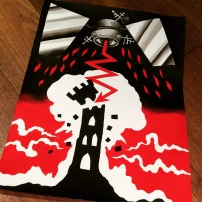 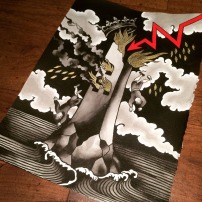 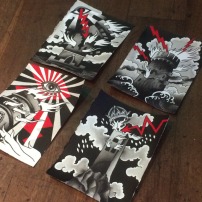 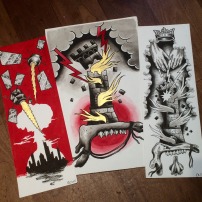 Over the last several weeks I’ve been keeping tabs on the Tower series that my friend Alice (Of Divine Canvas, London) has been dropping on her Tumblr- limited to black, red and gold on paper, inspired by Sonic Youth, Bad Brains, The Rider-Waite, Marseilles and Thoth tarot decks and other more personal semiotics, each one is an amazing variation on the theme.

She’s finally completed the series of 16 and has graciously allowed me to share them here on OV- take a look at her website for more. 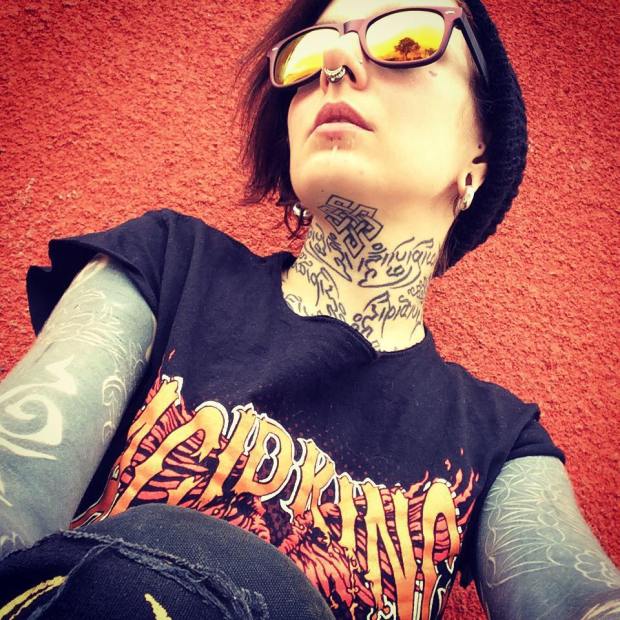 More great news for today:
After what seems like an eternity, Frank Pavich’s documentary on Jodorowsky’s attempt to bring sci-fi author Frank Herbert’s DUNE to the big screen will be released in North America on 14th March 2014! I know that it’s still five months away, but for those of you in Toronto- it will be screened twice at this years TIFF. Showtime information here:  http://tiff.net/filmsandschedules/festival/2013/jodorowskysdune

Jodorowsky’s DUNE had the potential to be the most ambitious adaptation of a novel ever existed; Soundtracks by Pink Floyd and Peter Gabriel, appearance by Salvador Dali, production design by Giger and Moebius.. it would have been something to see. We’ll have to settle for the documentary…

September will also grace us with a new film by Jodorowsky; a semi autobiographical film called The Dance of Reality. I never thought we’d see new cinematic work from Alejandro, so I greatly look forward to seeing what may well be his last film. Jodorowsky’s work should be considered syllabus for the majority of OV readers. 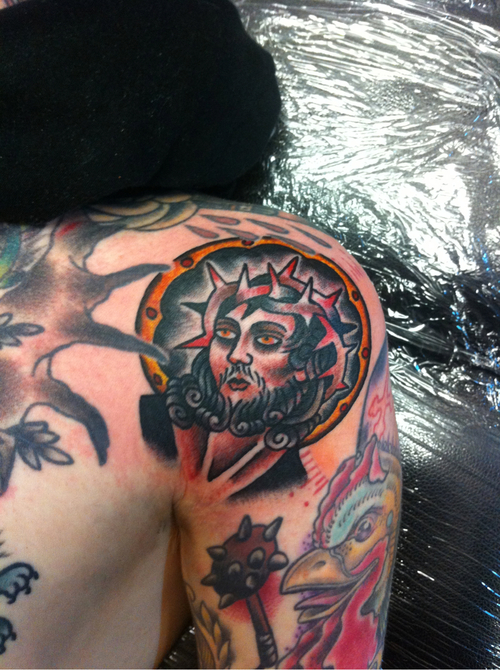 Why is it that when Simon Erl tattoos a Jesus image, the Prince of Peace looks like he’s mad at you for something?
Subdued color palette  tattoos are really impressing me these days; I tend to go for a more colorful Robert Ryan aesthetic, but the Brits have really been catching my attention with the more muted tones; this Erl piece, Bradley Thompkins newer output… so much great stuff that’s really making me jealous that they’re so far away (and that I’m running out of available skin).

You can ask Simon to do an angry Jesus (or happy Satan, your call) tattoo on you via his tumblr account: http://simonerl.com

This just popped up on Mr. Michael E. Bennett’s blog; a fusion of the Merkabah and a Yantra. It’s so beautifully rendered. I can only hope (and by that, I mean nag him until he does it) that Michael turns this into a print.

The symbolism is worth researching if you’re not familiar:

Merkabah–
Ezekiel’s Wheel- the Chariot of God.
From Wiki: According to the verses in Ezekiel and its attendant commentaries, his vision consists of a chariot made of many heavenly beings driven by the “Likeness of a Man.” Four beings form the basic structure of the chariot. These beings are called the “living creatures” (Hebrew חיות khayyot). The bodies of the creatures are “like that of a human being”, but each of them has four faces, corresponding to the four directions the chariot can go (north, east south and west). The faces are that of a man, a lion, an ox (later changed to a cherub in Ezekiel 10:14) and an eagle. Since there are four angels and each has four faces, there are a total of sixteen faces. Each Chayot angel also has four wings. Two of these wings spread across the length of the chariot and connected with the wings of the angel on the other side. This created a sort of ‘box’ of wings that formed the perimeter of the chariot. With the remaining two wings, each angel covered its own body. Below, but not attached to the feet of the “Chayot” angels are other angels that are shaped like wheels. These wheel angels, which are described as “a wheel inside of a wheel”, are called “Ophanim” אופנים (lit. wheels, cycles or ways). These wheels are not directly under the chariot, but are nearby and along its perimeter. The angel with the face of the man is always on the east side and looks up at the “Likeness of a Man” that drives the chariot. The “Likeness of a Man” sits on a throne made of sapphire.

Yantra–
The Sanskrit word for instrument or machine.
From Wiki: One usage popular in the west is as symbols or geometric figures. Traditionally such symbols are used in Eastern mysticism to balance the mind or focus it on spiritual concepts. The act of wearing, depicting, enacting and/or concentrating on a yantra is held to have spiritual or astrological or magical benefits in the Tantric traditions of the Indian religions.