The folks at Yellowbeak Press just opened up preorders on their newest book- a look at never before seen designs by Harrisburg, PA tattooer Ralph Ashwell. I’ve had a chance to check it out, and it holds up to the high standards of previous YBP volumes. Check it out!

We are excited to announce our latest book about Harrisburg, PA tattooer, Ralph Ashwell! Born in Shippensburg, Pennsylvania in 1901, Ashwell was a tattooer from the 1930s through the early 1960s. Working as a trade laborer who held various positions while also tattooing, he was a hidden gem amongst the other practitioners of his day. His flash embodies the functional, technical, and artistic aspects that defined a multifaceted, visually oriented craft. With a career that spanned the Great Depression, at least two wars, and the accompanying waves of servicemen, Ashwell always had something to offer everyone – from roses and banners to military insignia and pop culture imagery. Despite a somewhat elusive history, he holds a place among America’s twentieth century tattoo artists. This book will contain over 100 never-before seen full-color flash sheets beautifully painted by Ashwell, spanning the late 30s to early 60s, along with a biography written and researched by Carmen Forquer Nyssen. 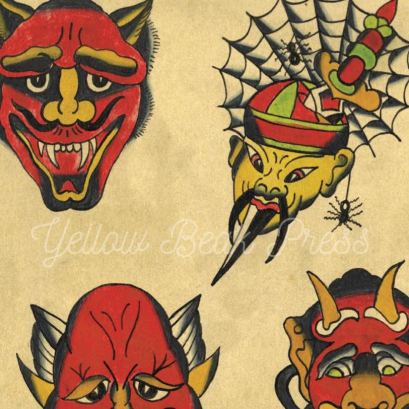 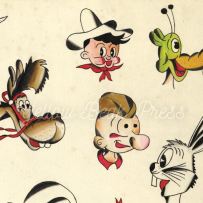 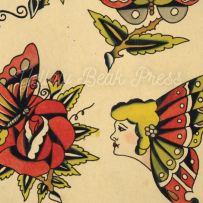 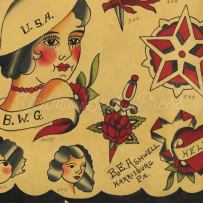 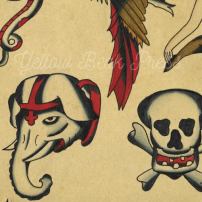 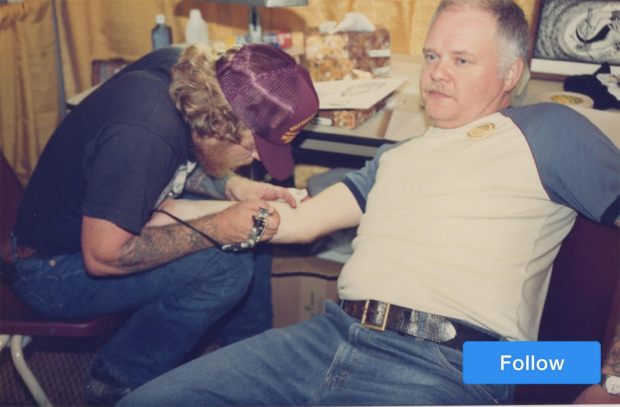 My roots are in the early 1990s zine/website culture. We shared our thoughts with audiences that ranged from a few casual readers (zines) to international audiences (websites) and, DIY and digital ink being free, we shared it by the bucket.

As social media has evolved, my generation’s need to say it in as many words as we saw fit has been replaced with making our point in 140 characters or less, or posting a photo to Instagram with little to no additional information- unless it’s in a clever hashtag- to drive new eyes to our content.

But I always say if you can’t beat em, join em. OV now has an Instagram account. I’ve spent the last few weeks digging through photos and videos that I’ve scanned and captured for this blog and posted them, one a day, on IG.

Along with Dave Lum and Chris Trevino, Richard Stell helped define true Texas Weird tattooing; rooted in Traditional Americana with a healthy dose of underground comix and biker elements,  it’s a style that directly influenced what I think tattoos should look like.

As with a few other key tattooers who’s work helped make me fall in love with tattooing back in the 1990s, I dicked around and never ended up getting tattooed by Richard, figuring I’d eventually get around to it.

Nineteen months ago, Richard had corrective eye surgery that ended up botched, leaving him effectively blind in both eyes. A Texas surgeon has faith that he can reattach Richard’s retina- which he calls a tough task but absolutely doable- but the expenses are going to (continue to) mount up, so if you can spare a few dollars, I’m sure they’d be appreciated with the eventual goal of getting a machine back in Richard’s hands and have him tattooing again.

I’m saving a little patch of skin for when that happens. 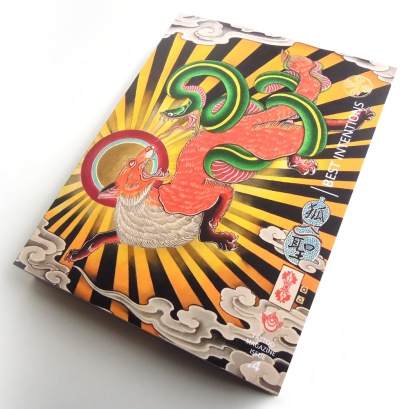 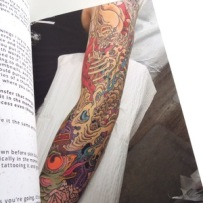 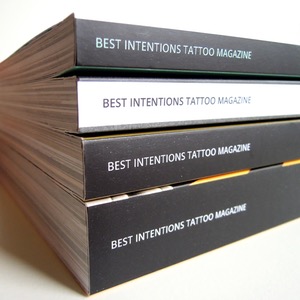 AotD: Completely! And that’s really fucked up. I don’t know why it’s different and even I’m on the younger side of why I should feel that it’s different. It just is. I can’t really explain it to you. Tattooing is not like the other things. It’s separate. It’s different. And it’s not to be lumped in with the other ways you can express yourself. I don’t want it to be that. Yes, I do other stuff artistically as well as tattooing. I paint a lot. I draw. I knit shit like I’m doing right now. I ineptly and ham-handedly make things out of textiles. I’m not really good at it, but I enjoy it, but ultimately I’m a tattooer and the other things are sidelines for me. It’s just peculiar to think- I just can’t imagine that people would tattoo and do other stuff and that tattooing would come in second. I just don’t understand how that works. ~excerpt from my interview with Alice of the Dead.

Issue number four of Atonement Books BEST INTENTIONS is now available! My contribution to this issue is a whopper of an interview with Alice of the Dead, but there’s a lot of really amazing content that’s worth checking out.

Artwork and tattoos by – 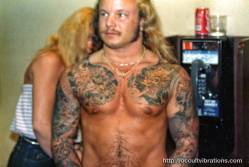 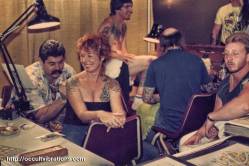 When it comes to the old prints in my archives, some, particularly the ones that came from sources other than the ones who donated them to me,  come with very little context or information. I try to use due diligence to put the pieces together, emailing tattoo friends from the old days who might be able to fill in the blanks with a name, location or time period, but even those connections are starting come fewer and further between.

Three of the four photos in this update, for example, came with no context other than a few familiar faces and (not pictured) a photograph that featured a button noting it’s wearer was at a tattoo convention in Knoxville, TN. Recognizing my friend JD in one of the prints I sent off an email and found that it was the 1986 Knoxville Convention. He was able to put names to faces in a group photo (not pictured) and add some personal stories about the gents in it. History is a communal effort.